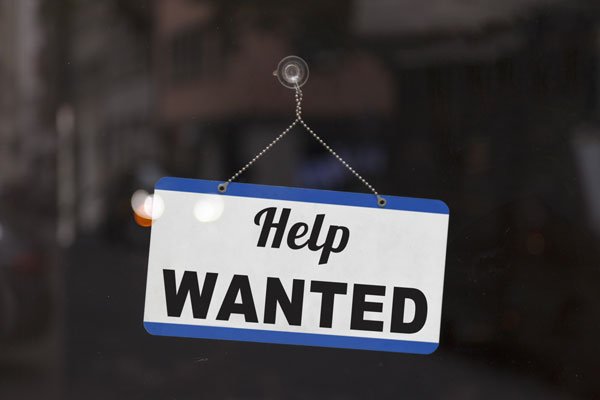 Most metros in Indiana have yet to recover the size of their pre-pandemic labor force.

As “help wanted” signs have proliferated, the size of the available labor force is a major area of concern throughout the state and the nation in 2022. This article provides a visual overview of the labor force for each of Indiana’s metro areas, exploring changes over the past five years, with a special look at the pandemic period.

First off, let’s make sure we are on the same page in terms of definitions. The data in this article come from the Local Area Unemployment Statistics (LAUS) program at the U.S. Bureau of Labor Statistics (BLS). When we say “labor force,” we are technically referring to the civilian labor force, which is defined as “all persons in the civilian noninstitutional population ages 16 and older classified as either employed or unemployed.”1 In simplified terms, the labor force includes those who are currently working or actively looking for work. Also, the estimates are based on where people live rather than where they work.

Metros included in this article are based on the April 2018 metropolitan statistical area definitions, which are currently used by the LAUS program. These data were compiled from STATS Indiana, so that we could hone in on just the Indiana portion of the metros that cross state lines. (Also note that Gary is technically a “metropolitan division” within the larger Chicago-Naperville-Elgin metro, but we will refer to it just as a metro for simplicity.)

How big is the labor force?

Table 1 shows a snapshot of the labor force as of December 2021 (the most recent data at the time of this writing) for each metro in Indiana. In sum, these 15 metros account for 78% of Indiana’s total labor force (and the Indy metro alone accounts for roughly a third of the statewide labor force).

Note: (pt) indicates that only the Indiana portion of the metro is included. December 2021 data are preliminary.
Source: IBRC, using LAUS data (not seasonally adjusted) from the U.S. Bureau of Labor Statistics

Comparing the size of the current labor force to that of two years prior, we see a 2.9% shrinkage statewide. Table 1 shows that only Elkhart-Goshen has a larger labor force now compared to December 2019 (the same month was used for both years to eliminate changes due to seasonal fluctuations). The two-year declines range from -1.2% in the Indianapolis region to -6.7% in Evansville.

How has the labor force changed over time?

Figure 1 is an interactive chart that allows you to select an individual metro to view its labor force over the past five years, alongside its employed and unemployed components.

Compared to the dramatic spike in the unemployment chart, the labor force appears rather constant for most metros (Terre Haute is an exception, showing a visible labor force decline). The scale on those graphs—while making the point that the labor force is large and somewhat stable over time—does hide important trends.

In order to more directly compare the metros to each other over time, Figure 2 shows the metros indexed to both January 2017 (to capture the five-year trend) and January 2020 (to hone in on the pandemic impacts). Values less than 100 (falling within the area shaded gray on the charts) indicate that the labor force is smaller than in January of the reference year.

When compared to January 2017, only six of the 15 metros in the state ended 2021 with labor forces larger than they were five years ago. Several metro areas—including Terre Haute, Muncie and Kokomo—were seeing labor force declines long before the pandemic began.

People regularly enter and exit the labor force for various reasons, but the pandemic has indeed had a large impact across the board—albeit some areas of the state have been hit harder than others. Back in 2018, labor force projections from the Indiana Business Research Center were already indicating that Indiana’s labor force would likely decline between 2020 and 2030 due to demographic factors and more baby boomer retirements.2 In that sense, if labor force growth is the goal, the pandemic has only exacerbated an existing issue. This article has barely skimmed the surface of this important issue, so for more data on Indiana’s labor force, visit STATS Indiana and Hoosiers by the Numbers.

The growing divide in life expectancy among Indiana counties