The growing divide in life expectancy among Indiana counties 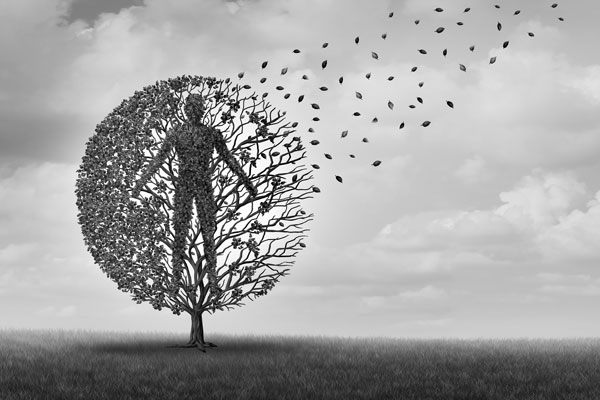 The divide between the state’s higher life expectancy counties and those on the lower end continues to widen.

In 1984, the life expectancy at birth for residents of Hamilton County was 1.1 years longer than for those living in Scott County. As of 2018, the gap between these two has grown to nearly nine years.

To be sure, these communities are outliers on either end of the spectrum. Hamilton County’s life expectancy of 81.8 in 2018 is roughly two years greater than runner-up Monroe County (79.9), while Scott County’s mark of 72.9 is more than a year below Wayne County, holder of Indiana’s second-lowest life expectancy at 74.3.1

Even beyond these extremes, the divide between the state’s higher life expectancy counties and those on the lower end continues to widen. In 1987, the difference between the Indiana county at the 75th percentile in this measure and that at the 25th percentile was 0.5 years. This gap has increased fourfold in the meantime and now sits at a full two years (see Figure 1).

Unfortunately, these shifts are not the product of all counties simply rising at different rates, but rather are driven by a widespread decline in life expectancy in recent years. In fact, life expectancy for Indiana as a whole peaked in 2012 and had declined 0.5 years by 2018. (Keep in mind that the data presented in this article pre-date the COVID-19 pandemic.)2 More than two-thirds of Indiana’s counties also had their peak life expectancy year in 2012 or earlier, and only eight counties set a new high in this measure in 2018.3

Figure 2 shows each county’s change from its respective peak life expectancy year and its 2018 number. Wayne County has the state’s sharpest drop in this measure, declining nearly three years from a peak of 77.1 in 2012 to 74.3 in 2018. Howard County has the next-largest slide, declining more than 2.2 years since its peak in 2011. In all, 36 counties have seen a decline in life expectancy of at least one year.

The primary driver of declining life expectancy is the staggering rise in substance abuse–related mortality among working-age Hoosiers over the past two decades.4 One way to demonstrate the impact that this crisis is having on life expectancy is to show the degree to which different age groups contribute to the overall change in this measure.

As stated earlier, Indiana’s life expectancy dropped 0.5 years between 2012 and 2018. As Figure 3 illustrates, this decline is occurring even though Indiana residents ages 65 and older managed to make a small but positive contribution to the state’s change in life expectancy over this period (0.1 years). However, rising mortality for Hoosiers in the 20-to-44 age group and in the 45-to-64 group have combined to drag the state’s life expectancy measure down by approximately 0.6 years in the same span.

Focusing on the 20-to-44 age group, no Indiana county has been able to avoid the negative impacts of rising mortality among younger adults. Wayne County has been hardest hit, with this group alone causing a decline of 1.1 years in the county’s life expectancy between 2012 and 2018. Franklin County fared best over this period, but this age group still acted as a drag (-0.03 years) on the county’s change in life expectancy. Additionally, the 45-to-64 age group had a negative impact on this measure in a full three-quarters of the state’s counties in this span.

Use the following interactive data visualization to learn more about life expectancy trends in Indiana counties.

While the sharp rise in mortality among working-age adults is certainly the dominant driver of the decline in life expectancy, the trends for Hoosier seniors are also a growing cause for concern and are contributing to the divide among Indiana counties.

As Figure 5 shows, Indiana’s life expectancy at age 65 (i.e., the average number of years that a person who reaches age 65 can expect to live) has essentially been flat over the last decade and sits at 18.6 years in 2018. The growth rate for this measure has also slowed for the U.S. in recent years, but not to the extent seen here. As a result, the gap between the U.S. and Indiana in life expectancy at age 65 more than doubled between 2004 and 2018. Recent research points to differing rates of improvement in mortality from circulatory diseases (i.e., heart disease), smoking-related deaths and diabetes as the key drivers of regional differences in changes to this measure.6

While Indiana’s life expectancy at 65 trend is at least holding steady, the same cannot be said for many of its counties. In all, 54 of the state’s 92 counties have seen a decline in this measure of at least 0.2 years, with 14 of these counties seeing drops of at least 0.5 years.

Use the following data visualization to explore life expectancy at age 65 trends for all Indiana counties.