Part 3 of the Indiana FDI series 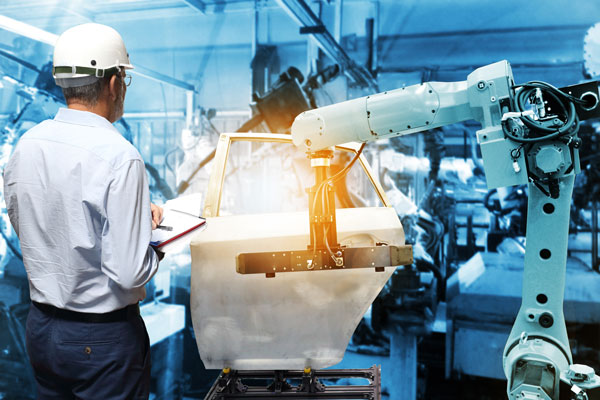 Several of Indiana's leading firms for FDI job announcements are in the automotive industry.

This article is the last part of a series that set out to consider whether and how COVID-19 affected FDI in Indiana. The first two articles, based on time series data for Indiana, provided a weak-kneed conclusion that it was not affected. FDI announcements held up fairly well.

This article addresses the question about what firms have invested in Indiana, both international as well as domestic companies, over the last 10 years. In other words, who are those investing and what were the expected job-creation benefits from those company investments?

About the FDI data

As mentioned in the previous articles, there are some important procedural points. The data source is fDiMarkets, a vendor for data on FDI announcements. These data are not gross actual job creation counts, nor are they net job creation counts. For example, one could argue that the jobs created by Amazon were greater or fewer than those jobs lost due to retail businesses, both large and small, going out of business. The data do not reflect the completion of the actual investment or the number of jobs realized because of the investment. The fDiMarkets data are investment intentions. These are not official federal statistics on foreign ownership of establishments within the U.S. Those latter data based on NAICS industry sector classification, which are organized differently than fDiMarkets, are available with considerable time delay from the U.S. Bureau of Economic Analysis.

The Indiana FDI data set used in this article runs from January 2011 through December 2021. (This differs from the first and second articles, which did not have the November-December 2021 data.) There were 1,472 FDI announcements based on fDiMarkets data pulls conducted in April 2022. (That 1,472 figure is not fixed, as fDiMarkets updates and corrects their earlier data. The figure may have grown or shrunk by a handful over the time period.)

In the previous articles, we presented findings based on industry sector and the country sources of the investments. And to reiterate, the sources of “FDI” in this fDiMarkets data set include not only all foreign countries, but also other U.S. states and territories. The FDI data reflects investments from outside the state’s borders and jobs created that were not in the state before. Thus, the data reflects business decisions made by companies across the globe, such as LEP Special Fasteners (Italy), General Motors (U.S.) and Subaru (Japan). The U.S. is the source of the vast majority of the investments.

It may warrant mentioning that announced jobs are based on fDiMarkets’ method to capture press releases from companies, government sources at the state and local level, as well as other sources like newspapers and social media. As a result, the same investment may be counted more than once because one news outlet may be based in Indianapolis while another is based near the investment location and the media capture algorithm didn’t figure out that the two announcements were about the same project. In addition, the persistence of the jobs reported may vary by sector or activity. A construction project for a sports stadium or railroad flyover might announce hundreds of jobs, but those jobs go away once the construction project is completed. In contrast, jobs at a manufacturing facility usually persist. Finally, the sector, nature and activity of the project may be assigned in a fashion that raises doubts. For example, according to the fDiMarkets, Amazon is considered a consumer product firm. While that’s not 100% wrong, it isn’t completely right either. Most would consider Amazon, at least the divisions of the firm not in the defense and technologies industries, to be a transportation, warehousing and e-commerce firm.

Because of the above, one cannot ascribe high precision to any particular FDI record—of which there are 1,472—in the database. That said, invoking the law of large numbers, the data as a bundle taken together would provide sufficiently precise estimates, signals and contours of the FDI landscape.

Table 1 ranks or sorts firms by announced job counts from 2011 to 2021 and presents the source country attributed to the firm. When presenting and discussing the data below, we decided to provide the company names for the top 60 firms investing in Indiana to embed into this article because a comprehensive table of all the firms would be cumbersome and difficult to read. For the truly curious, however, we provide a spreadsheet that shows all 1,083 firms (by row) along with the 36 industry sectors (by column) those firms were assigned to by fDiMarkets. There are 1,083 rows, one for each firm, because several firms have made several announcements over the last decade. (Recall that there were 1,472 announcements.) The 36 industry sectors in the spreadsheet are presented alphabetically (instead of by size or significance), but sector totals are provided at the top of the table for easy reference.

The firm announcement job count cut-off for the top 60 is 450 jobs for the decade, as Table 1 shows. This means the “top 60” are slightly over 60 because there were several firms with 450 announced jobs. These top 60 companies account for 43% of the last decade’s job announcements. As a point of comparison on the other side of the scale, about 50 firms announced fewer than 10 jobs over the decade; meanwhile, Amazon’s announced job count was almost 13,000.

For the curious who want to learn more than just the names of the top 60 companies, download the spreadsheet with all 1,083 firms with their industry sectors.

It will surprise no one that the top 10 sectors for all firms and announcements (in alphabetical order) are automotive components, automotive OEM, business services, consumer products, financial services, food and beverages, industrial equipment, metals, software and IT services, and transportation and warehousing. (These top 10 sectors will be referred to in the next table.)

In Table 2a, we provide a high-level summary and repackaging of the data. We show the set of top 10 sectors and include a column for the balance of sectors—the remaining 26 sectors—as well as the sum of the three columns in the bottom rows. We provide the totals by sector for the top 60 firms, the balance of firms and the grand total for the sector, as well as whether the source of the FDI is domestic or includes both domestic and international sources. To the far right is a column for the average jobs per announcement by sector. This is per announcement rather than per firm (i.e., the number of announcements is the denominator).

The reader can notice the wide sectorial variation in the averages, demonstrating that some sectors tend toward larger but fewer projects in terms of associated jobs. Consumer products (e.g., Amazon) has the highest average, with automotive OEM coming in a close second. Amazon’s 13,000 announced jobs greatly leverages that average while auto OEM is dominated by four firms—General Motors, Toyota, Subaru and Honda—that range between 1,000 and 3,000 jobs per firm over the decade.

Table 2b provides another lens through which to see the data. This table compares sector ratios within Indiana over the last decade. The values in the two empty cells for row labeled “Total” and in columns 3 and 6 is one (1.00). All the proportions add to one (1.00) in other words. All the sector rows in column 1 sum to row Top 10 Indiana FDI sectors total, which when added to the Balance of sectors add up to the Total row. Column 2 follows the same pattern. The Total row for columns 1 and 2 sum to 1.00. The same pattern and principles are repeated in columns 4, 5 and 6. As stated above when discussing the count data, what separates columns 1-3 from columns 4-6 is that the latter proportions are for all announcements, domestic and international together, while the former is for domestic sources. In essence, this table attempts to show if there is a difference between the domestic and international investment behavior and characteristics by size and sector.

Table 2b: Sector proportion of announced jobs—Domestic vs. all sources, 2011-2021

In terms of the investment motivations, the distinction between domestic sources and international sources of FDI may differ little. On the other hand, international versus domestic may be the first way to segment a market and differentiate an approach to attract additional investment. (For example, are domestic firms moving to cheap labor and low-tax states while, generally speaking, international firms are locating closer to higher-skilled labor and closer to market states?)

The table does not benchmark to the national proportions, the Great Lakes region proportions or any other state aggregations as points of comparisons. The goal is to start asking questions about why sector investments are, on average, different in scale. Providing insights as to why there may be regional differences across regions or states regarding attracting FDI in some sectors rather than others is well outside the scope of this article. Nonetheless, within Indiana, broad-stroke differences in sectors—averages are such blunt measures—may signal the presence and nature of regional economic ecosystems (what some may call industry clusters) within the state and may warrant further investigation.

Whether a conclusion is necessary for this reporting on the FDI data for Indiana by firm from 2011 through 2021 is open to question. Over this period, there were 1,472 FDI announcements by 1,083 firms for 157,309 jobs in Indiana. We also reported that the project average size differed considerably sector to sector.

This finding, while not surprising, does spark additional questions that may be of interest for economic development across the state. The big-interest, overarching question is: What drew the projects and investment to these particular locations? Were mid-size cities a particular draw? Tax credits? Did the presence of an industrial ecosystem related to the potential FDI industry sector, or occupations with the right concentration of skills, attract the investment? Are smaller projects, in either investment dollars or jobs created, a signal that there is an established or emerging industry cluster in a region? A research exploration driven by those questions, as well as additional questions that regional science and economic development practitioners may have, could help us better understand the factors that support a virtuous, self-reinforcing cycle of economic growth.