Tracking unemployment claims throughout the pandemic 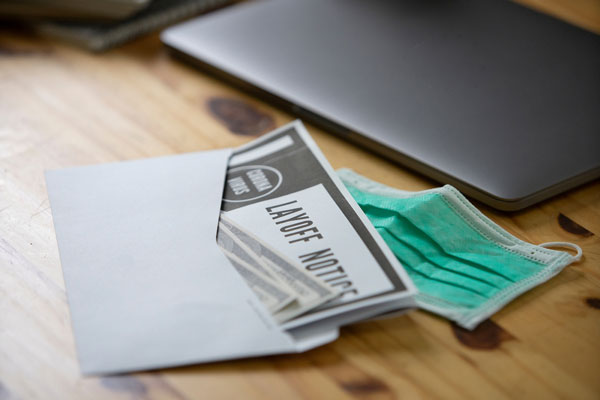 Since skyrocketing in March, unemployment claims have been a closely watched data point as they are released week by week. In a span of eight weeks (March 14 through May 2, 2020), Indiana had over 640,000 initials claims filed. For comparison, the Great Recession took 36 weeks (November 1, 2008, through July 4, 2009) to reach that same level of initial claims.1

The U.S. Department of Labor’s Employment and Training Administration (ETA) coordinates the nation’s Unemployment Insurance (UI) program. State-level data regarding the number of people claiming benefits for the 50 states plus the District of Columbia are available via their Unemployment Insurance Data website. It is important to note that the ETA data does not have data on the actual number of people receiving benefits weekly, so what is reported weekly is the number of people claiming benefits. Since most claims are compensated, it tends to be a good proxy.2 Monthly reports on the demographic characteristics of claimants are also among the offerings available from their site.

The Indiana Department of Workforce Development (DWD) administers the UI program for Indiana and provides more data for smaller geographies in the state, all accessible via the Unemployment section of their Hoosiers by the Numbers website.

One value-added feature of the local data provided by DWD is that the compensable (paid) week is used for inclusion in the counts instead of the filing week (which addresses the issue of multiple weeks’ claims filed at the same time), and the continued claims count excludes any denied claims. In addition, DWD’s regional analysts generate claimant profiles for the state's 11 economic growth regions on a quarterly basis. Those profiles include demographic detail, as well as some county- and city-level data.

On STATS Indiana, we have created a weekly claims dashboard using the DWD data, allowing exploration of weekly claims both by county and by industry (shown below as Figure 1). As of May 2 (when continued claims peaked), manufacturing accounted for 35% of continued claims, followed by accommodation and food services (15% of all claims).3

These unemployment claims data will be crucial to monitor by economic developers, workforce professionals, nonprofits and local governments during the coming weeks and months as the state navigates its reopening and recovery phases. The IBRC continues to work to add value to these data and will be releasing additional metrics to the visualizations as the weeks go by. We are always interested in feedback, so feel free to contact us at ibrc@iu.edu.

Should I stay (home) or go (to work)? Jobs with COVID-19 risk in Indiana's counties
Central Indiana communities drive population growth in the state