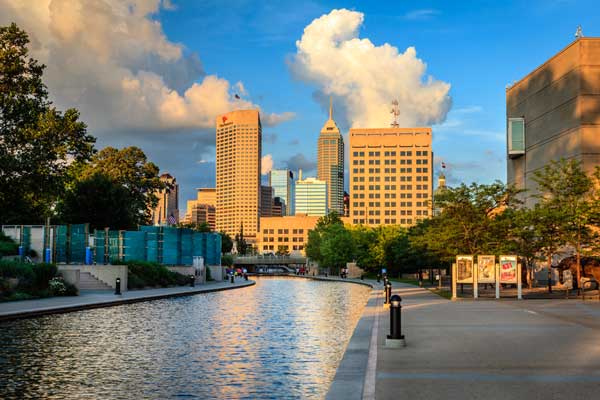 Nearly all of Indiana's 15 fastest-growing places (with a population of at least 5,000) were located in the Indianapolis metro area.

Two-thirds of Indiana’s 6.67 million residents live in incorporated places. Indiana’s cities and towns as a group accounted for 76 percent of the state’s total population growth in 2017.

For the seventh consecutive year, Whitestown in Boone County was the state’s fastest-growing locale, with a growth rate of 7.6 percent in 2017. Whitestown’s population has more than doubled in the last seven years—from 3,151 in 2010 to 8,179 in 2017.

Note that the Census Bureau adjusts its population estimates for sub-county areas each year to account for city and town boundary changes (e.g., annexations). Therefore, boundary changes do not contribute to any population changes reported in this article.

Westfield in Hamilton County was the state’s second fastest-growing place in 2017 with an increase of 5.3 percent, followed by McCordsville (4.9 percent growth) in Hancock County and Plainfield (4.6 percent) in Hendricks County. As Figure 1 illustrates, the only cities or towns outside of the Indy metro area to rank among the state’s 15 fastest-growing places were Lake County’s St. John (2.7 percent), Winfield (2.2 percent) and Cedar Lake (2.1 percent).

Many areas see stronger growth in 2017

Indiana, like many other parts of the country, has been mired in an extended period of sluggish population growth since the beginning of the Great Recession. In 2017, though, the state showed that it may be emerging from this stretch of slower growth. Indiana added 32,800 residents in 2017—a 0.5 percent increase. This was the state’s largest annual population gain since 2009.

Many of Indiana’s cities and towns shared in this trend toward stronger growth. Among the places with the largest gains, for instance, only Indianapolis, Fishers and Carmel had a population increase in 2017 that was lower than its average annual gain between 2010 and 2016 (see Table 1). By contrast, Fort Wayne, Westfield, Noblesville, Plainfield and Zionsville experienced a significant uptick in growth. In all, 85 of Indiana’s 122 cities and towns with a population of at least 5,000 saw improved population change numbers last year.

Fourteen of Indiana’s 20 largest cities posted a population gain in 2017. Among the cities that lost population, Hammond had the largest decline with a loss of an estimated 612 residents. Other cities with relatively large drops include Gary (-587 residents), Evansville (-427) and Muncie (-282).

For more information about these estimates, visit the Population topic page at STATS Indiana.