Median household income by race: Why margins of error matter 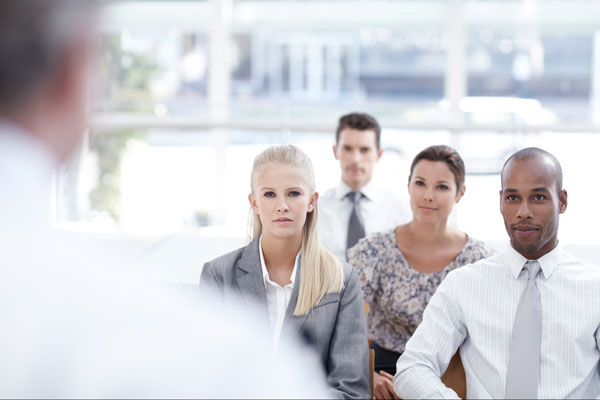 At the state level, median household income ranges from about $59,000 for Asian households to about $32,000 for black households.

For households that contain people of different races, it is the race of the householder that is used to categorize households by race. All data in this article (except for the “two or more races” category) refer to data for those who identify as a single race (i.e., “white alone” or “black alone” in Census Bureau terminology). Also, keep in mind that the bureau classifies “Hispanic” as an ethnicity, which is tabulated separately from race. In other words, Hispanic individuals can be of any race.

State and national comparisons are all well and good, but what if you wanted to explore these data at a more local level? Unfortunately, the county-level income by race data set leaves much to be desired.

Why county-level race data from the ACS are problematic

The ACS reports margins of error at the 90 percent confidence level. In other words, if the estimate is 100 with a margin of error equal to 20, one can be 90 percent confident that the true value is between 80 and 120. When survey-based data drill in to focus on a smaller subset of the population, margins of error generally become larger. We saw this earlier in Table 1: At the statewide level, the margin of error for white households (which accounts for about 86 percent of all households) was only $256, but it was $2,836 for Asian households (2 percent of all households).

Thus, when we try to segment the population by both race and a smaller geography, some of the margins of error go sky high. Want an example? Median household income for a black household in Ripley County is $35,735 with a margin of error of $25,864. In other words, we are 90 percent sure that the true median is between $9,871 and $61,599. Here’s another estimate that’s even less useful: Median household income for Hispanics in Putnam County is $52,778 (+/- $50,948). Needless to say that when the true value of an estimate could range anywhere between $1,830 and $103,726, some red flags should go up.

So where do we go from here? We can calculate reliability thresholds based on an estimate's coefficient of variation (CV). “High reliability” is based on a CV of 12 percent or less, while “low reliability” indicates a CV exceeding 40 percent.1 Estimates with CVs between 12 and 40 are grouped into the “medium reliability” category and should be used with caution.

Table 2: Number of Indiana counties in each reliability category

Figure 2 is an interactive graphic to allow exploration of these data by race, county and reliability. Counties shown in blue have estimates exceeding the statewide median of $52,182, while orange counties fall below that value.

For those interested in income data for an area with missing or less reliable data, an alternative data source that has potential to help is the QWI Explorer—also from the Census Bureau. This tool is part of the Longitudinal Employer-Household Dynamics (LEHD) program and it leverages administrative data (such as state unemployment insurance program records). While one cannot get median household income statistics from this data set, average monthly earnings are available by race and ethnicity. There are still some data distortions, but not as many as with the ACS median household income data.

Indiana’s median household income trails the U.S. across all major race categories, with Asian households experiencing the largest gap (even though they are at the top of the Indiana income spectrum). Our knowledge of income by race at the county level is somewhat hindered by the high margins of error.

What started out as an exploration of income by race ends with advice for any and all data users: Please don’t just grab an ACS estimate (or any survey-based estimate for that matter) without looking at its margin of error. Just because a number is published doesn’t always mean it is useful.

2018 voter turnout: Was it as impressive as it seemed?