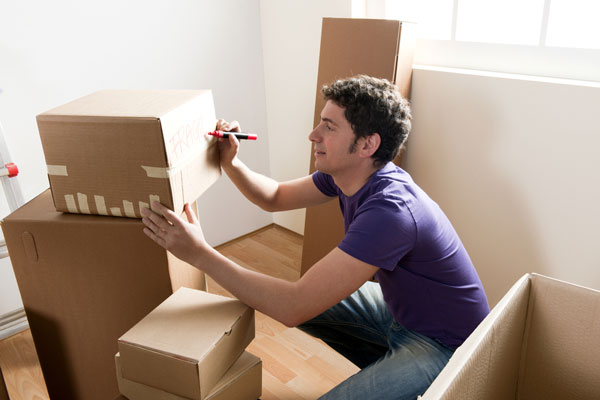 By most measures, the Indiana housing market continues to show sustained improvement. Through the first half of 2016, for instance, growth in existing home sales and residential building permits has outpaced the nation (see Table 1). Meanwhile, prices for existing homes in the state are up by more than 6 percent over their pre-recession peak, and Indiana’s foreclosure rate is at its lowest point since 2000.

Much of this progress has occurred despite the fact that the key demographic drivers of the state’s housing market remain stuck in second gear. This article examines the demographic forces that typically help to shape the housing market, including household formation rates, migration and generational shifts in the population.

One bright spot in the population numbers is that some important age groups—from the perspective of the housing market—are showing growth. Indiana’s population between the ages of 25 and 44, for instance, grew by roughly 1,700 in 2015. This is a fairly modest number, but it is the third consecutive year that this young-adult group has grown after declining for at least 12 years previously. This age group, which is typically responsible for net gains in new households and home purchases, will continue to grow as the comparatively large millennial generation comes of age.

Given the state’s sluggish population growth, it is little wonder that household formation rates have slowed too. In the wake of the housing slump, Indiana was adding new households at an anemic 0.3 percent per year. This measure has improved slightly in recent years with the state’s average annual household formation rate up to 0.5 percent between 2011 and 2015 (see Figure 1). Stated in raw numbers: Indiana added more households in the last four years (48,000) than it did over the five years between 2006 and 2011 (31,800).

Household formation rates are driven by two factors: so-called headship rates (i.e., the number of households divided by the adult population) and the level of migration to the state. With regard to headship rates, the negative effects of the Great Recession caused many young adults to delay forming a new household, while some older adults were forced to leave their homes and reside with family or friends. This increased “doubling up” has led to a decline in headship rates in nearly all age groups in Indiana. In 2007, for instance, approximately 50 percent of Hoosiers between the ages of 25 and 34 were the head of their own household, but the headship rate for this age group had dropped to 45 percent by 2015.

Table 2: Estimated shortfall in number of Indiana households in 2015

This shortfall should represent a pool of currently pent-up housing demand that could enter the market in the coming years. While Indiana’s headship rates may not get back to 2007 levels, the state should see a rebound in this measure over the next few years if it is anything like the rest of the nation. An analysis from the Urban Institute indicates that the U.S. headship rate should improve by roughly 1.5 percentage points between 2013 and 2020.1 This increase reflects both the effect of an aging population and more young adults starting households as the labor market improves.

The other pillar of new household formations—net in-migration—continues to be lackluster as well. After posting a net in-migration of residents over the previous two years, the U.S. Census Bureau estimates that Indiana had a net outflow of about 2,300 residents in 2015.

The migration slowdown is proving to be one of the most durable side effects of the Great Recession. Even as the economy improves and home sales trend up, the movement of new households into the state, or even to a neighboring county within Indiana, remains low by pre-recession standards. This slowdown is most evident in many traditionally fast-growing suburban areas.

If new households begin to form at a greater rate, will they be looking to buy or rent? If recent trends hold, more will be looking to the rental market than was the case before the housing slump. Indiana’s homeownership rate peaked at 72.1 percent in 2006, and then plunged more than 3 percentage points to 68.5 percent by 2013. With falling foreclosure rates and strong buyer demand in recent years, the state homeownership rate appears to have held steady since 2013, with no statistically significant changes in this measure over the last two years.

The comparatively small change in the overall homeownership rate is simply a function of the fact that the Indiana population is growing older and the likelihood of being a homeowner increases with age. With the baby boom generation now between the ages of 52 and 70, this age group holds a larger share of the state’s population than ever before. This is also the prime age group for homeownership. Thus, the continued aging of this outsized cohort will boost the state’s total homeownership rate, even if age-specific rates only hold constant going forward.

The good news is that Indiana’s household formation rate is starting to improve, and the state’s homeownership rate appears to be stabilizing. The coming of age of the relatively large millennial generation should also boost housing demand, but until we start to see sustained improvements in migration and overall population growth, the contributions from the demographic drivers of the housing market will be muted.

Of course, these demographic factors ultimately rely on a strong economy, and in this area there is some reason for optimism. As of September 2016, the state had added 44,300 jobs in the last year, and its unemployment rate was down to 4.5 percent. Meanwhile, the Census Bureau reports that the state’s real median household income increased in 2015 and is at its highest point since 2007. If the economy can continue to build steam, the effects will hopefully begin to boost the demographic drivers of the housing market.