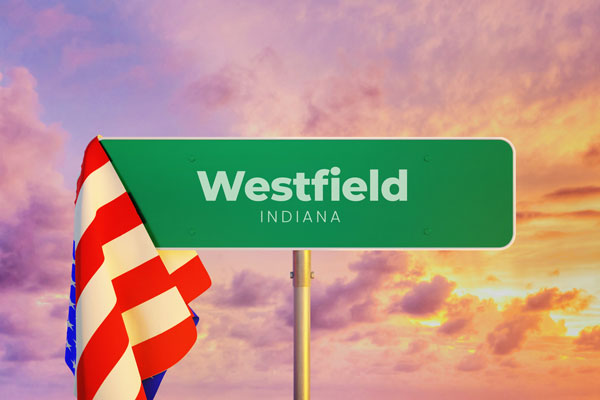 Westfield was Indiana's fastest-growing place in both numeric and percentage terms between 2020 and 2021.

With a 7.7% population increase in 2021, the city of Westfield ranked as Indiana's fastest-growing place among those with at least 5,000 residents, according to estimates released by the U.S. Census Bureau.

Not only can Westfield boast of the state’s quickest rate of change last year, but the Hamilton County city also had the greatest numeric growth with a gain of 3,640 residents. This increase was more than twice as large as runner-up Fort Wayne, which added 1,805 residents in 2021 (see Figure 1).

Indianapolis-area suburban communities claimed each of the top five spots on the list of Indiana’s fastest-growing locales, with Whitestown just behind the pacesetter with a growth rate of 7.4%, followed by McCordsville (7.0% increase), Avon (5.7%) and Bargersville (5.4%).

In all, 17 of the state’s 20 fastest-growing communities are found in either the Indianapolis metro area or in Lake County (see Figure 2). Outside these areas, the Clark County duo of Charlestown (4.1%) and Sellersburg (2.1%), along with Plymouth in Marshall County (2.1%), led the way in 2021.

Indy-area suburbs also dominated the list of places with the largest population increases last year, claiming eight of the top 10 spots. Behind Westfield and Fort Wayne, Fishers (1,720 resident increase), Avon (1,236) and Noblesville (1,126) had the strongest gains.

While many of its suburbs continued to grow in 2021, Indianapolis itself lost population. The state’s largest city saw a drop of 5,343 residents last year—a 0.6% decline.

Looking at differences between urban and rural communities, these population estimates show that most Hoosiers live in cities or towns. Nearly 37% of the state’s population lived in one of Indiana’s 21 cities with a population of at least 50,000 last year. Roughly 19% of Hoosiers lived in an incorporated place of between 10,000 and 50,000 residents, while another 12% lived in one of the 485 Indiana cities or towns with fewer than 10,000 residents.

In all, slightly more than two-thirds of Indiana’s 6.8 million residents lived in incorporated places, while the remaining 2.2 million Hoosiers lived in unincorporated areas of the state. Indiana's cities and towns as a group accounted for 72% of the state's total population growth in 2021 (see Table 2).